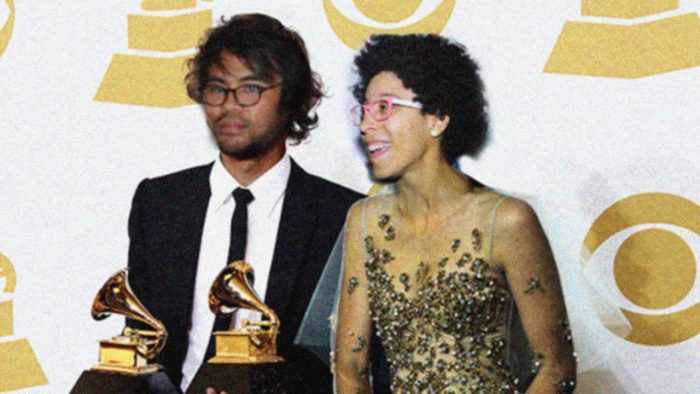 Matthew Weiss walks you through mixing the bass guitar on the song “Borrowed Heart” by Hezekiah Jones.

Hi guys, Matthew Weiss. www.theproaudiofiles.com, www.weiss-sound.com. Now we are going to be taking about treating the bass in Hezekiah Jones – Borrowed Hearts. Here’s what we’ve got.

That bass sounds pretty good to me, just off of the bat you know, we can probably not touch it and it would sound fine in the mix. You know, but there are a couple of things we can do to sort of give it a little bit more mojo, a little bit more fullness, and in the process of giving it that fullness, not have it take up space for other things.

So the kick drum has a certain metally kind of texture that is sort of knocking at around 1K, in this case it’s about 8.6. So by taking a little bit of that out, we can really open up the kick drum quite a bit.

Now you hear the attack of the kick clear as day. In this style of music, traditionally you would not suppress the bass in favor of the kick. I’m doing that as a stylistic decision because I want to put sort of more modern sound into the drums, more pop kinda sound into the drums and mix a little bit of that pop feel in with this. That is an artistic decision, so this is not something that you need to do as like, “oh, I gotta do this.” It’s a choice. And that’s what this is really all about.

Giving it just a little bit of 120 Hz for body. I like this EQ a lot. This is the Kramer HLS. It’s got like a cool sort of sound to it. Specifically when you throw on the 60 Hz thing. It kind of moves things forward a little bit.

Now ok so when you have a bass you have sort of this choice between attack and sustain. And since I’m leaning the kick into the attack what I’m doing here is I’m leaning the bass into the sustain. A traditional way of doing this would be to use an LA-2A. I’m in the box, even if I was out of the box right now, I have an 1176 but I don’t have an LA-2A. 1176 is great for bass as well. LA2A would be the sound that I would be going for in this particular case.

Ok so I don’t have an LA-2A, well how can I sort of make my own? Well I do have R-Comp. And RComp is a compressor that has an optical mode. There are a lot of digital compressors that are considered optical in the way they function. And what that means is the way it attacks and releases is similar to an optical compressor where there is sort of this gradual to faster movement coming down, and this faster to more gradual movement coming back up. It has to do with the way the photo detector detects the lamp as it lights up. Basically from the voltage. You know, that’ll be in a different video.

Anyway, so if you want to emulate an LA-2A, what you do is you set the attack to reasonable slow, which i have it at 189, but I mean one of the good things about making your own sort of version here is you can customize it to what you want. And set the release also decently slow. So it’s basically 200ms and 400ms is more or less how it’s calibrated. And you set the ratio somewhere around 4 to 1 or somewhere between 4 or 5:1. And if you happen to have a saturation option you may want to engage that. In this case the R-Comp does, it has something called warm mode. And then make up the gain accordingly.

Part of the way this bass is functioning in the track is that it’s sort of providing a bed for everything else to kind of lay on. So it also helps to even out the dynamics in this case. In other cases you don’t want to even out the dynamics too too much with bass guitar. That’s also one of the reasons opticals are good. They kind of, they don’t necessarily flatten the dynamics together, they sort of cusp the dynamics along. And you know, the push and pull of the bass can be really important in how the rhythm feels. So whenever you’re compressing a bass you always have to listen to how the rhythm drives. Really good bass players sometimes don’t need any compression. Sometimes you just get the compression for the tone if even that.